Recently I was working with a team of professionals and the above question popped up. Their organization adopted Holacracy as its operating system several years ago. Today the team (circle members and roles representing its most important internal stakeholders) is doing structured and facilitated team development sessions to resolve restraining forces that cannot be solved with the tool- and ruleset of Holacracy (think for example psychological safety).

One source of anxiety and anger in the group seemed to be about autonomy, or better: the fact that some individuals in the team didn’t feel complete autonomy because their roles’ autonomy is sometimes limited via governance by other roles. This didn’t meet their expectations and caused confusion and possible anxiety and anger. They looked at me and stated: “Holacracy promises me full autonomy, right?”. I didn’t immediately respond and probably even expressed some surprise. Then someone else said: “No, no, Holacracy promises me autonomy on _how_ I do my work, but not on _what_ my work is, right?”.

As a Holacracy Coach it was time to step in and clarify this a bit.

Holacracy comes from the word holarchy. A holarchy is a hierarchy of holons. A holon (a term coined by Arthur Koestler) refers to a whole that is simultaneously part of another whole. A whole role is part of a whole circle (role), and so on. Each role is whole and part at the same time. Organized in a holarchy, the organizing principle is purpose. As a whole, the role expresses autonomy. At the same time as a part, the role expresses membership of its bigger whole. Both at the same time! So, does Holacracy promises autonomy? Yes, a true statement, but partially true. Not just autonomy, don’t forget your role is also part of a bigger whole at the same time. Alignment is needed too! 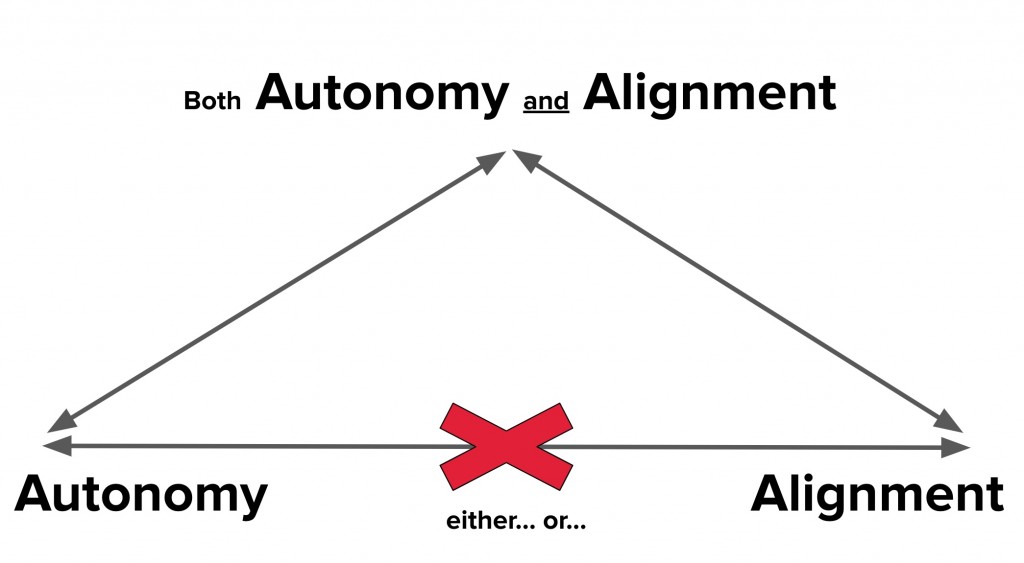 Most organizational models optimize for either autonomy or alignment. When the level of autonomy is high, the level of alignment is low, and vice versa. This is where Holacracy is very different: it can optimize both at the same time. Have autonomy and alignment instead of just one of these necessary polarities. Sometimes I see companies where autonomy is celebrated to the max. There are examples of organizations where whole business units are at war with each other. Maximum autonomy, but it seems these units have forgotten they are also part of a bigger whole: shouldn’t the parts operate in service of a shared purpose?

When you start practicing Holacracy, you will often be reminded that from now on you are allowed to do anything, unless it is explicitly against an expectation stated in the governance of the organization. You’ll start with a tremendous amount of freedom and autonomy. In time, tensions might rise and in order for the whole to express its purpose, some alignment of the parts is needed.

So, what about the question that each role should always have full autonomy on how it does its work? Well, not necessarily true. In the beginning yes: you are allowed to do anything and therefor in any way you like, unless it is explicitly against an expectation stated in governance. If no one senses a tension with how your role is realizing its purpose, you will remain completely autonomous.

Let’s have a look at this example: The Developer Role wants a backlog with clear requirements from the Product Owner. So maybe Development expects that when requirements are defined, they must be defined as user stories in a certain template that meet certain criteria. In this example it will probably be the Development role who proposes this in governance. If the proposal doesn’t reduce the capacity of any other role to realize its purpose (in other words: the proposal is not causing harm) the proposal is accepted and it now can be expected from anyone defining requirements including the Product Owner role. Result: clear autonomy and alignment. The Product Owner role is still fully autonomous within the new constraints and will never be a victim of the new governance: as soon as someone senses that things can be even better, they can propose and change the expectations again.

Sometimes we joke that one could model the governance resembling North-Korea using the language to describe governance as offered by Holacracy. True, and if none of the members of this organization would sense a tension with that, the governance will remain unchanged. But only until, one member, anywhere in the organization, senses a tension (senses a gap between current reality and how things could or must be so that purpose can be expressed even better). Holacracy promises pathways to quickly, safely and reliably process any tension sensed by anyone anywhere in the organization into a step forward. Even if that tension is sensed and voiced by a minority of the people. That’s the true promise of Holacracy. It is available for all members of the organization. Use it for your role(s) so that they remain both autonomous wholes and aligned parts at the same time. 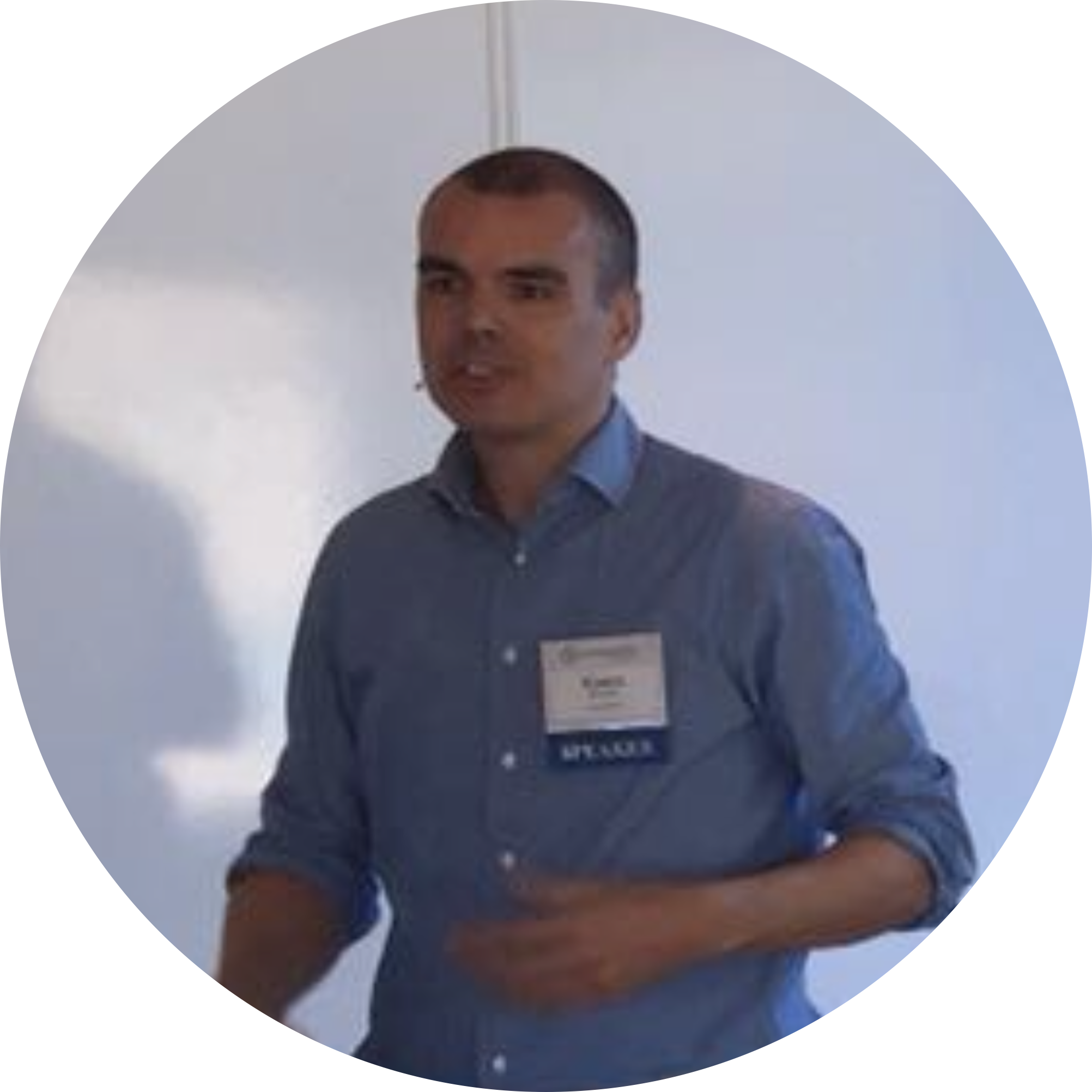