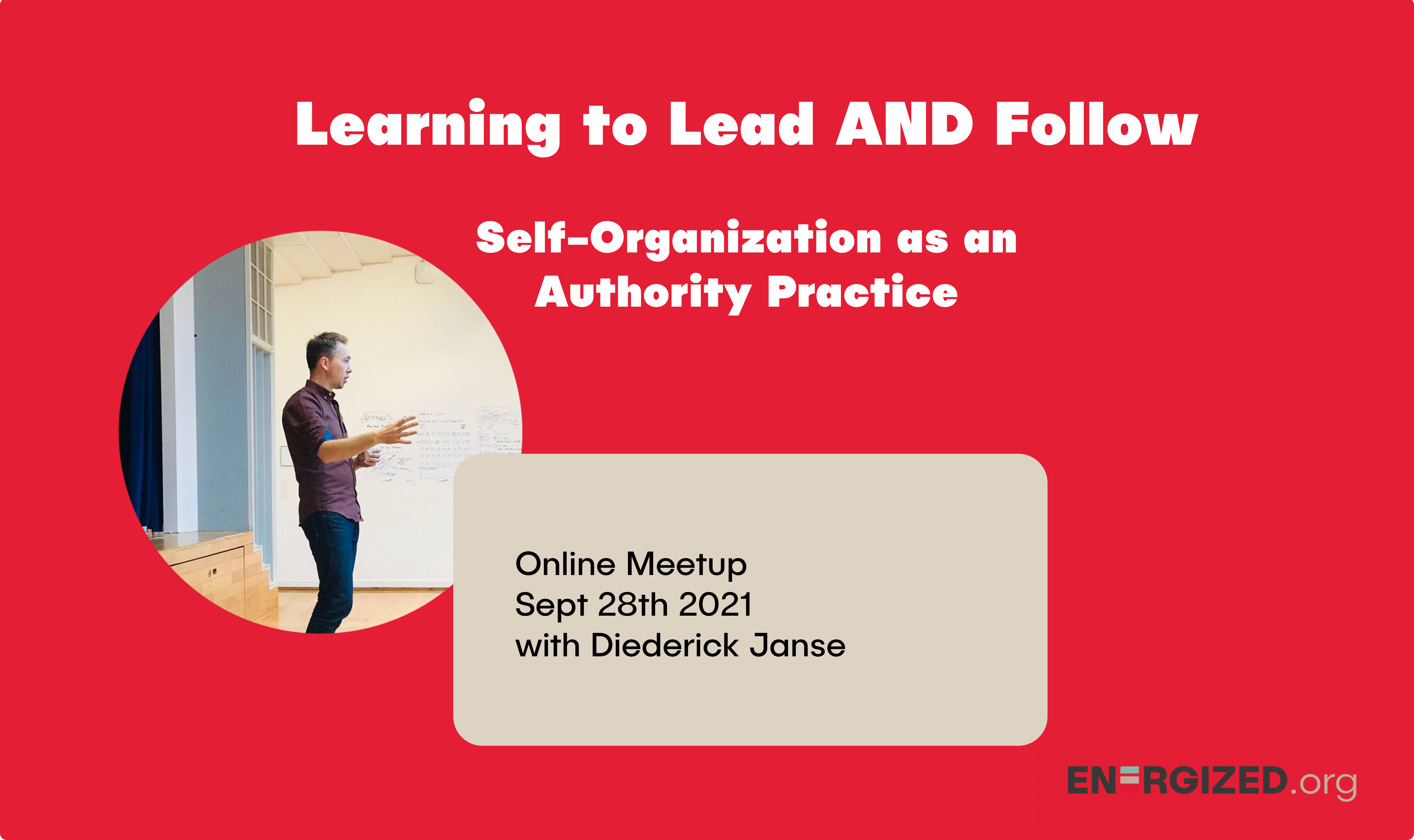 Management hierarchy does one thing well: it provides a clear answer to the question “Who’s in charge here?” Some of us lead, the rest of us follow. It doesn’t get much clearer than that.

Now, who leads and who follows?

The answer: it depends.

It depends on what is being decided, what roles are involved, and what authority those roles have been granted.

Now that we can’t look to the hierarchy for answers, we need to learn to both *lead and follow*, depending on the role we play in a given situation, and switch seamlessly between them.

In practice, this can look like this (from you or colleagues):
– Not taking decisions or deferring to others, rather than using the authority of your role
– Reacting with a high emotional charge to any leadership initiative by others
– Not speaking up when you feel a tension, have an objection, etc.
… and many other, often subtle ways of reacting to authority

In this meetup, Diederick Janse will share a different perspective on authority, and host a conversation about the challenges of taking up and giving authority in more healthy and mature ways.

RSVP via Meetup.com (or send us an email)

About Diederick Janse
Diederick Janse is a Holacracy Master Coach at Energized.org and has supported dozens of organizations on their self-organization journey. Some years ago he became interested in the human side of authority, or how to fully take up and own (formally granted) authority as well as follow and support your colleagues when they do the same.

During this meetup, he will share what he has learned and invite you to explore your own preferences for either leading or following.

RSVP via Meetup.com (or send us an email)

PS Are you new to Holacracy? You’re very welcome.
Send me an email and I’ll send you the resources